Supporting the Good Friday Appeal ‘for the Kids’

The German Shepherd Dog Club of Victoria Incorporated is actively involved in many community charity efforts, one of which is the annual Royal Children’s Hospital Good Friday Appeal.

On Good Friday morning each year a band of GSDCV members from the Western, Northern, Eastern, with helpers from Skye and Geelong branches head out to collect for this very special event.
This effort is co-ordinated by Bernie Lester, Lyn Pickering & Dom Cafari, long time organisers from Western Branch.

The GSDCV through its Western Branch first got involved in 1984 when Bernie Lester suggested it to the Branch Committee. That first year they raised $286.00 and it poured rained all day. Over the years the event has changed with family and friends walking 16kms to the Herald Office located in Melbourne and along the way they collect at corners with their dogs, with some members on nominated intersections through the Western Suburbs of Melbourne. The collectors and walkers would meet in North Melbourne Park and have some lunch then as a group they would all walk to the Herald Office in Melbourne for the counting of the funds collected.

Over the next few years other branches of the GSDCV joined in the collection being Northern, Eastern, Skye, Bendigo and Malvern members. In 1997 the walk stopped as the laws had

changed and it was getting dangerous collecting on the roads with the dogs. After the Herald Office closed down in Melbourne the destination moved to Southbank and now the end point is Etihad Stadium. When we arrive at the stadium there is a demo put on with our dogs which draws the crowd and the public are able to pat our dogs and talk to members, while the funds which were collected are counted.

In recent years the demo’s with our dogs have also ceased, but we still have a great time collecting, knowing what a great cause our efforts help. 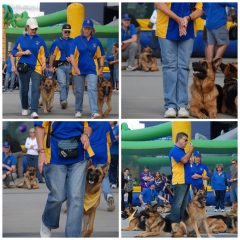 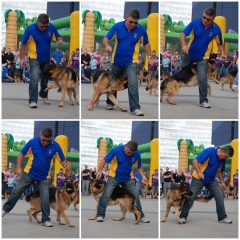 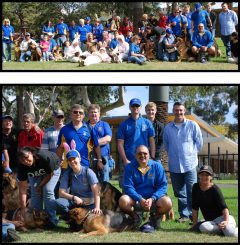 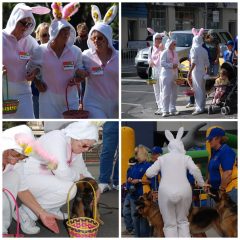 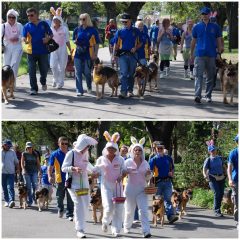 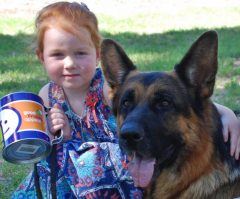 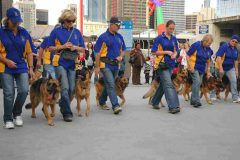 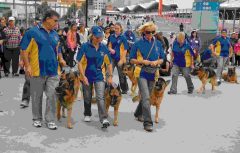 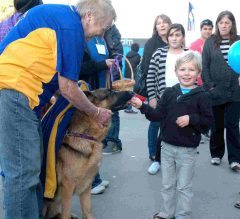